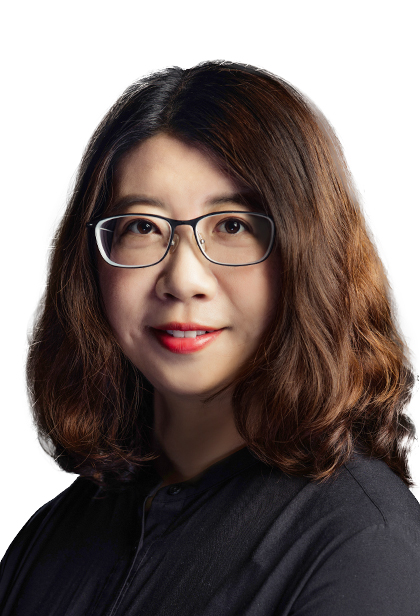 Ms. Lu Xue is a Senior Associate based in the firm's Beijing office, where she has started practice since 2010. She is a litigating lawyer specializing in intellectual property law. Ms. Lu is admitted to China bar in 2014.

Ms. Lu's practice covers the judicial and administrative protection of all forms of IPRs in China. She also offers counseling on trademark and unfair competition civil cases.

Ms. Lu embarked her IP career first as a trademark agent. Two years later, she decided to switch the focus of her practice to IPR litigation. In the past 9 years, she litigated more than 800 cases, most of which are pertinent to trademark administration/infringement suits, civil suits, among others.

Representing General Mills in successful cancellation action of a squatter’s registered trademark by exhausting all administrative and judicial proceedings in China. The Supreme People’s Court confirms that the squatter’s symbolic use of the mark and his bad faith shall be taken into account. This case is listed in the “SPC’s2015 Gazette on Intellectual Property Cases”.

Representing a third party in successfully revoking the registration of preemptively registered trademark “Hengda in Chinese character”. This case is listed in the “2017 Ten Exemplary Cases of IP Court”.

Representing Microsoft in obtaining favorable court decision from the Beijing High Court on the refusal review on the territorial extension of international registration of “POWERPOINT” in Class 42. The court held that “POWERPOINT” is not a Generic Name for presentation files and software products and could function as a source identifier and was registrable as a trademark. The case is listed as one of the “2016 Top 10 Innovative IPR Cases of the Beijing Courts”as well as the“Deals of the Year 2017” released by China Business Journal.

Representing the client in revoking an administrative punishment decision made by local copyright enforcement agency based on the complaint filed by the copyright owner of a design. The Court of appeal confirmed non-infringement based on the finding that though registered with the copyright office, the said design does not qualify as fine art. The case is listed by Guangzhou IP Court as one of its Top 10 IPR Exemplary Cases in 2016.

Representing KuGou Networks in invalidating a trademark squatter’s registration in all designated services in Class 41, through the TRAB procedure and court proceedings. The Court of Appeal affirmed that the evidence submitted by the client suffices to prove that its unregistered mark had reached well-known status before the application date of the disputed mark. This case is selected as one of the“Exemplary Trademark Case”by theChina Trademark Association.

Representing Eastman Chemical Company in successfully invalidating the registration of trademark “Isman Eastman and Map” in class 1 filed by a squatter. It is the first time that Court grants protection over the reputation of Eastman’s trade name in class 1.

In 2019, Ms. Lu received the “Excellence Award” of Haidian District Lawyers Association, an award intended to commend spectacular legal practitioners. She now serves as the deputy secretary general of the copyright committee of the 11thBeijing Lawyers Association and she is also a member of Beijing intellectual property expert think tank for the term of January 2020 - January 2023.