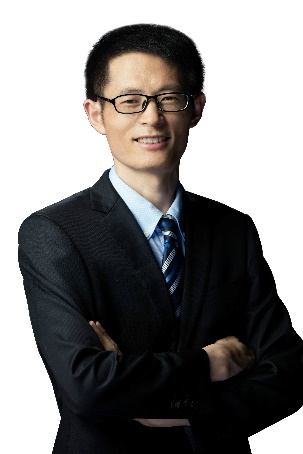 Yuming WANG is a Senior Associate based in the firm’s Beijing Office, where he has been practicing since 2014. He has been admitted to China Bar since 2011.

Yuming’s practice primarily focuses on intellectual property law. He has abundant experience in litigating trademark, unfair competition, patent and IP-related contractual matters. Yuming has been defending his clients IP interests all the way up to China’s Supreme People's Court. Honing his expertise in over 300 lawsuits, Yuming has served as lead counsel in half a dozen landmark cases, which are selected as exemplary cases by the Supreme People's Court and the Beijing High Court. He has advised many Chinese business magnates and multinational corporations in the pharmaceutical, FMCG, telecommunications, fashion, optical, spirits, as well as industrial and manufacturing industry.

Some of Yuming’s recent work includes:

Representing Bayer in coordinating the Beijing Intellectual Property Office in enforcing its pharmaceutical patent over the anticoagulant compound rivaroxaban by initiating an administrative action against a local infringer selling and offering to sell the patented products. Under the auspices of the Beijing IP Office, the two parties reached an amicable settlement. The case is listed as one of theTen Exemplary Intellectual Property Administrative Enforcement Cases of 2019by the Beijing IP Office.

Representing SEB, the world’s leading small home appliance supplier in winning an invention patent infringement lawsuit against a domestic infringer before the Supreme People's Court.
Representing Lacoste in the invalidation proceeding and subsequent administrative litigation initiated by CARTELO CROCODILE PTE LTD against Lacoste's registered trademark “” in Class 25. The SPC, in a re-adjudication procedure, finally decided to maintain the validity of the trademark. The case is selected as one of theSPC’s Annual 50 Exemplary IP Cases in2018.
Representing Unilever in the "unassailable" trademark infringement suit before the Beijing Intellectual Property Court, successfully fending off the plaintiff’s trademark infringement allegations.
Representing Commercial Press in bringing a trademark infringement and unfair competition action against an infringer that publishes copycats of the client’s best-selling dictionary, obtained favorable court decision, judicial WKTM recognition of the client’s unregistered trademark, injunction and damages of RMB 3.27 million. The case is selected asSPC’s Top 10 IPR Cases in 2017.
Representing a real estate company in securing a favorable settlement in a RMB 2500 million contractual dispute before the Supreme People's Court of China.


Yuming is listed as a Rising Star byMIP IP Starin 2021. He is one of China’s TOP 50 IP litigators rated by IPHOUSE in 2020 and an outstanding attorney-at-law rated by Haidian Bureau of Justice in 2018.